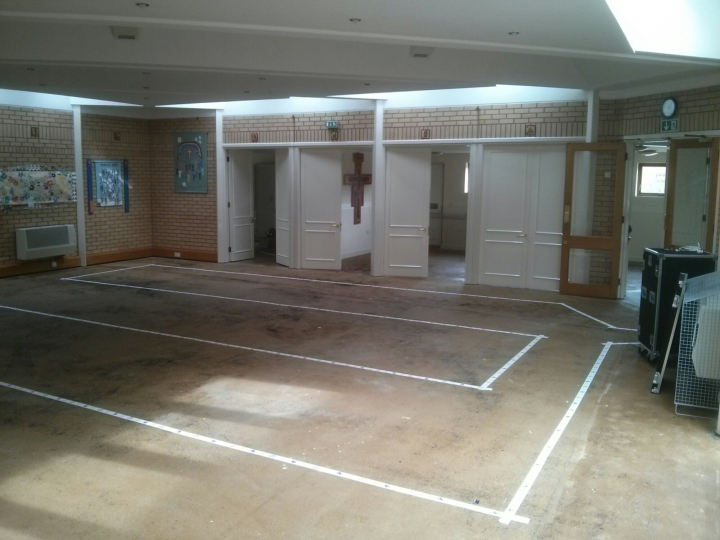 Yesterday Scott, Robert and I worked on installing the new hearing loop system before our new carpet is fitted. We found that the original system was no longer working. They were very patient as I had said it was probably a thirty minute job. Four hours later it was up and running! We saved about four hundred pounds by doing it ourselves. So for those of us who can listen in via hearing aids the services should sound much clearer in future.